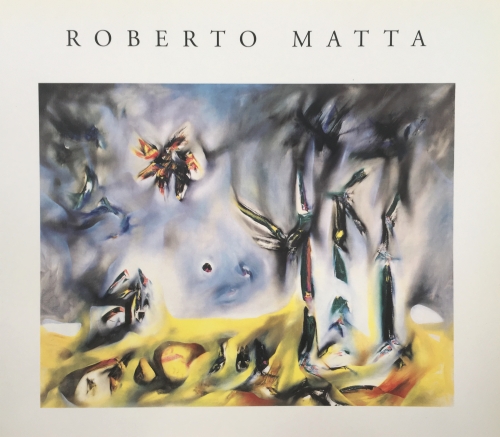 In 1997 it has become clear that for more than a half-century Matta has been painting the state of consciousness we would reach by the millennium. Virtual reality, cyberspace, the World Wide Web, the invisible communications network that daily shrinks the globe, an electronic "information age" that forces our awareness into ever more complex multilayered modes all contribute to a system of interconnectedness that Matta has been making visible since he exchanged his drafting tools for a paintbrush in 1937. A modern day Leonardo, he has refused the designation of painter, preferring montreur, one who makes known, and much as Leonardo sought to draw the invisible -- air currents and gravitational pulls -- Matta has tried to give form, not to what we see, but to the multitude of environmental forces that simultaneously act on us. For Matta art and science march with the same step; as early as 1943 he suggested that Einstein had opened as many doors for art as Freud.

With text by Martica Sawin