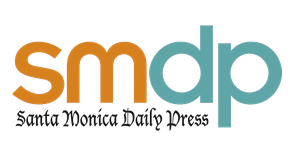 Since I didn't get to hear Gronk, I walked east through Bergamot, first stopping in at Latin American Masters. A group show currently fills the gallery space through Oct. 4, including work by acknowledged masters such as Chilean Roberto Matta, and Mexicans David Alfaro Siqueiros and Rufino Tamayo.

But dominating the walls is a series of striking paintings by a man whose name I was not familiar with, Fernando de Szyszlo, born in Peru in 1925 of a Peruvian mother of Spanish-Indian descent and a Polish father. The 89-year-old is still actively making wall-sized artworks, an impressive feat when you consider the size of the canvases, the physical labor involved in painting them and his advanced age, but even more so for the imagery.

Three red-dominant paintings with totemic fantasy images present a surreal combination of primitive Pre-Columbian masks, figures and feathers juxtaposed against contemporary architectural elements, reminiscent of a factory-style building or a dining table that morphs into the shape of a pueblo.

A black and white painting is just as intriguing and shape-shifting, composed of contrapuntal horizontal and vertical lines representing a totem, a cross, a wall, a fence. Mario Vargas Llosa, the revered Nobel Prize winning Peruvian writer, wrote this: “Fernando de Szyszlo's paintings delineate a vast, diverse and vertiginous geography, a labyrinth where even the most adept explorers could lose their way.”