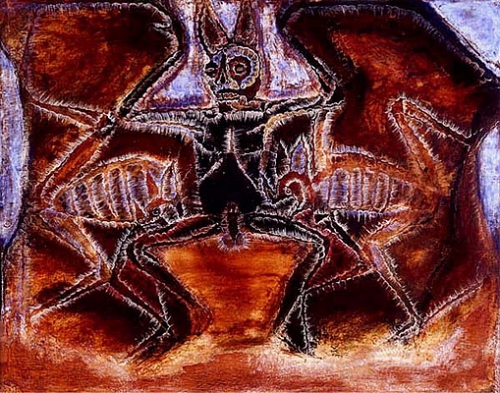 Francisco Toledo: Multiples | Best known for his depictions of a reality where the world of animals and humans forms a continuous unity, Toledo, an extremely versatile artist, works in varied media including painting, printmaking, sculpture, ceramics, and photography. This new exhibit features 40 mixed-media works. Many of these feature laser-cut elements, made from Toledo’s drawings, collaged to vellum or heavy paper and painted in oil or watercolor. Four of these have been made in numbered editions, however Toledo has hand-painted each piece in the edition. Some works feature a net motif that ties together the composition. These nets have a web-like beauty but, like a spiders web, are capable of entrapping living creatures.