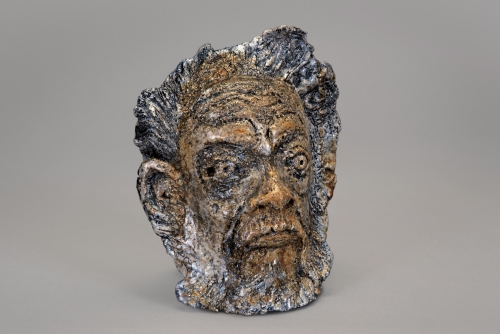 Latin American art is saturated with various distinct contemporary practitioners; however, there was one particular individual whose practice received a special kind of critical acclaim. It was no other than Francisco Toledo, a renowned painter, and sculpture, who only recently passed away at the age of 79.

For more than four decades, Toledo was working with weaving, pottery, graphic arts, and painting, always expanding previous ideas and searching for new solutions. His portrayal of flora and fauna, mythical imagery and erotica were profoundly socio-politically charged which was supported by his activism (the artist was involved with the launching of several libraries, contemporary art spaces, and environmental protests).

The Domains of The Mexican Master

Francisco Toledo started his career at the age of nineteen when his first solo exhibition was presented in Forth Worth, Texas. He quickly gained international recognition, and so he spent five years in Paris perfecting his practice.

After arriving in Mexico in 1965, Toledo embraced his indigenous Zapotec origin. He had an important solo exhibition at the Everson Museum of Art in Syracuse, New York during the late 1970s, and in 1980 there was a grand retrospective of his work at the Museo de Arte Moderno in Mexico City. The same year the artist settled in Oaxaca, where he spent the rest of his life producing art and preserving the cultural heritage of his home state.

The exhibition at LAM will present thirty-one ceramics from the estate of the artist. Among them on display will be two sculptures of seated dogs, surrounded by bone; these works signify the richness of Mexican zoomorphic culture and the way Toledo embraces and translates ancient iconography into contemporary artworks.

The installment will also include Toledo’s self-portraits such as Pupa made in 2015 (the artist presented himself covered with antennae, emerging from a cocoon) or Slave Ship from the same year (in which he is manacled and chained to a ship stacked with human cargo).

In 2014, 43 students disappeared in Guerrero, and this horrific event that inspired Toledo to produce ceramics and show them publicly at the Museo de Arte Moderno, Mexico City. These works will be exhibited on this occasion as well, including Death Grabs a Man from 2015, alongside two church bells – one embellished with gold, the other with snakes; both bells relate to the silence of the lost communal voices.

Toledo often incorporated various animals in his works – toads, elephants, birds, bats, and various insects. These motifs lurk throughout the exhibition revealing a fascination with the world of animals and their spiritual meaning in the local context.

The upcoming exhibition will unravel all the aspects of Francisco Toledo’s compelling and multilayered practice which should be perceived in a broader context of post-colonialism and the struggles of indigenous people many of which are currently endangered by the right-wing governments in Latin America.

Francisco Toledo: Fire and Earth will be opened on 23 November 2019 with an opening reception scheduled from 5 to 8 pm at Latin American Masters in Santa Monica, CA while the audience will be able to see the exhibition until 18 January 2020.